We’re tracking native content teasers on over 20 of the bigger Swedish websites. These are our key stats from January 2020.

As the Swedish saying goes, January is the poorest month of the year (”fattiga januari”). That seems to hold both for the wallets of many consumers – reflected in Personal Finance being the top native ad topic this month – and also the true native market overall. We tracked only about 200 sponsored articles from ca. 90 advertisers during the first weeks of the new year and decade.

Preem kept their lead as the most active brand in the true native market, with a clear margin to runner-ups Harvest and newcomer 7A. Preem expanded their range of topics they communicate through native advertising to e.g. a small series on ”preppers” with video elements:

As mentioned, most native articles in January covered various Personal Finance topics, such as investing or loans most prominently. Business & Finance was as usual one of the top 3 topics, but also Science remained a key topic.

This was mainly driven by Preem’s articles about different fuel and energy technologies, but also other brands like Södertälje Science Park like the example to the left.

Want to explore all brands and campaigns in our database of >8 500 Swedish sponsored articles? 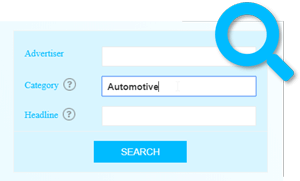 Just get in touch below to request a trial or report (e.g. on a brand or topic).

Also looking at the amount of brands (re)starting true native campaigns during the past month, activity was rather low at a total of 35 brands. Out of the ten most active among these, only 3 were ”new” to the native format while most had been active before, such as Telenor or Toyota.

One interesting newcomer in the list is Mathem, a Food & Drink eCommerce company. Many e-Com companies unfortunately often have much bigger performance than branding budgets and therefore don’t work with native to a bigger extent, even though there are technical and creative possibilities to work with a – partial – performance focus even in true native formats.

Similar to parent company Volvo, Polestar has been working with native advertising, before and now during the launch of their new model.

Missing any interesting example or want us to highlight your campaign? Get in touch 🙂

We use the cookies from certain third party tracking and advertising providers named below to provide you with tailored communications on this website or in other channels.